So the new house needed some work... we knew that when we bought it... the pool had to be demo'd, we'd need some new furniture, some painting and lots of cabinets and drawers to line... But the house wasn't done with us yet... We did all that and then realized in the light rain of a few weeks ago that we needed a new roof.  With the prediction of an El Nino year, all the roofers in our area were booked til January or February, leaving us with a serious problem... FINALLY, after a zillion phone calls, we found one roofer who could do the work now.  He had a questionable review on Angie's List, but we needed him.  The work is now done, and we're waiting for the inspector to come and sign off on the work... Wish us luck!

As for quilting, I AM working hard at trying to finish projects, but not getting as much done as I'd like - I caught up on some projects and have fallen behind on others.  That's to be expected this time of year with all the social obligations and holidays.

I finished Which Witch... but not quite in time for Halloween - I'll have it for next year though! :

I did another block in the Arcadia Avenue BOM: 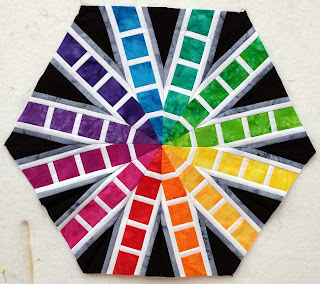 I finished Bertie's Spring, all ready to hang in March, when the season arrives: 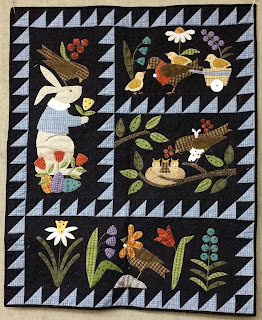 And Bertie's Winter, all ready to hang in December!: 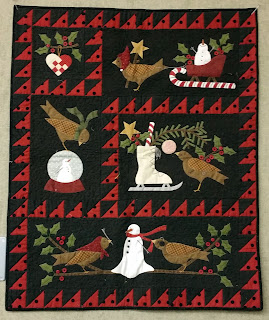 While it may seem like a lot of projects done... the two Bertie's projects were BOMs, so they took a long time, and Which Witch, in all honesty - took just a few hours to make, including the quilting - the binding was the longest part of the project.

I'm not running out of projects to work on - lots of BOMs still to finish, and crazy person that I am, I just signed up for another one... sigh...