My mini-group is doing a round robin.  That's when each of us supplies a center block and each block makes the rounds of every person in the group.  Each time a block comes to each person, that person adds a border of some kind to the project.  We just got our first block this week, and mine was this 30's panel of a child in a bunny suit.  Of course I have NO 30's fabrics in my stash, so I had to make do with what I had.  30's colors are very distinct and hard to match without going to reproductions.  I got a close red and purple, but the green I chose, whike the right shade, is too pale, and the yellow a bit too bright, but those things weren't so obvious until it was all pieced and together. 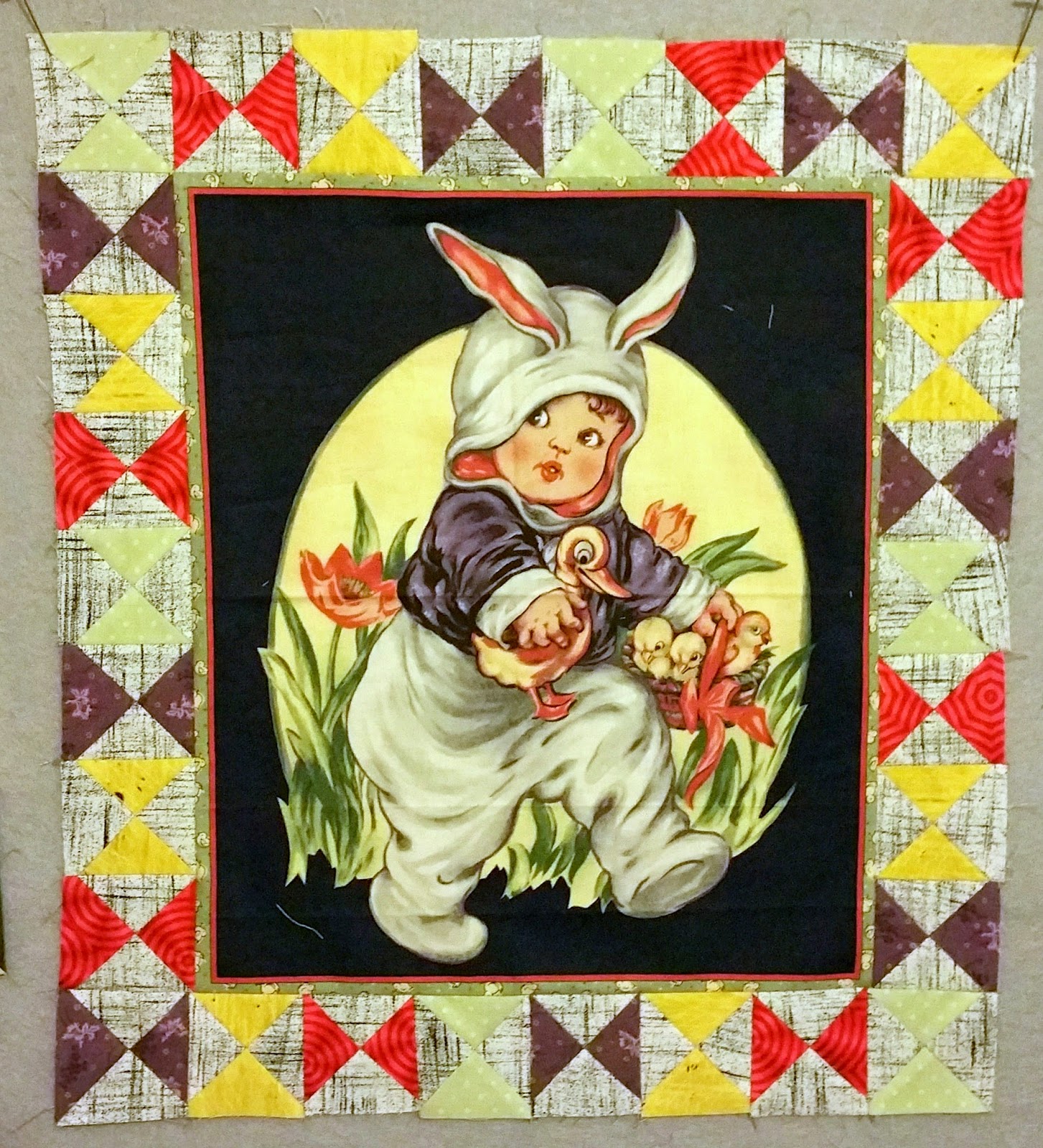 I made the hourglass blocks in the border of course, using a black and white print for my background and 4 colors for the hourglasses.  Despite the 'wrong colors', I'm not re-doing it.  I hope it works out okay as it goes on to the next person, who has to build on what I've done.

One finish... one WIP 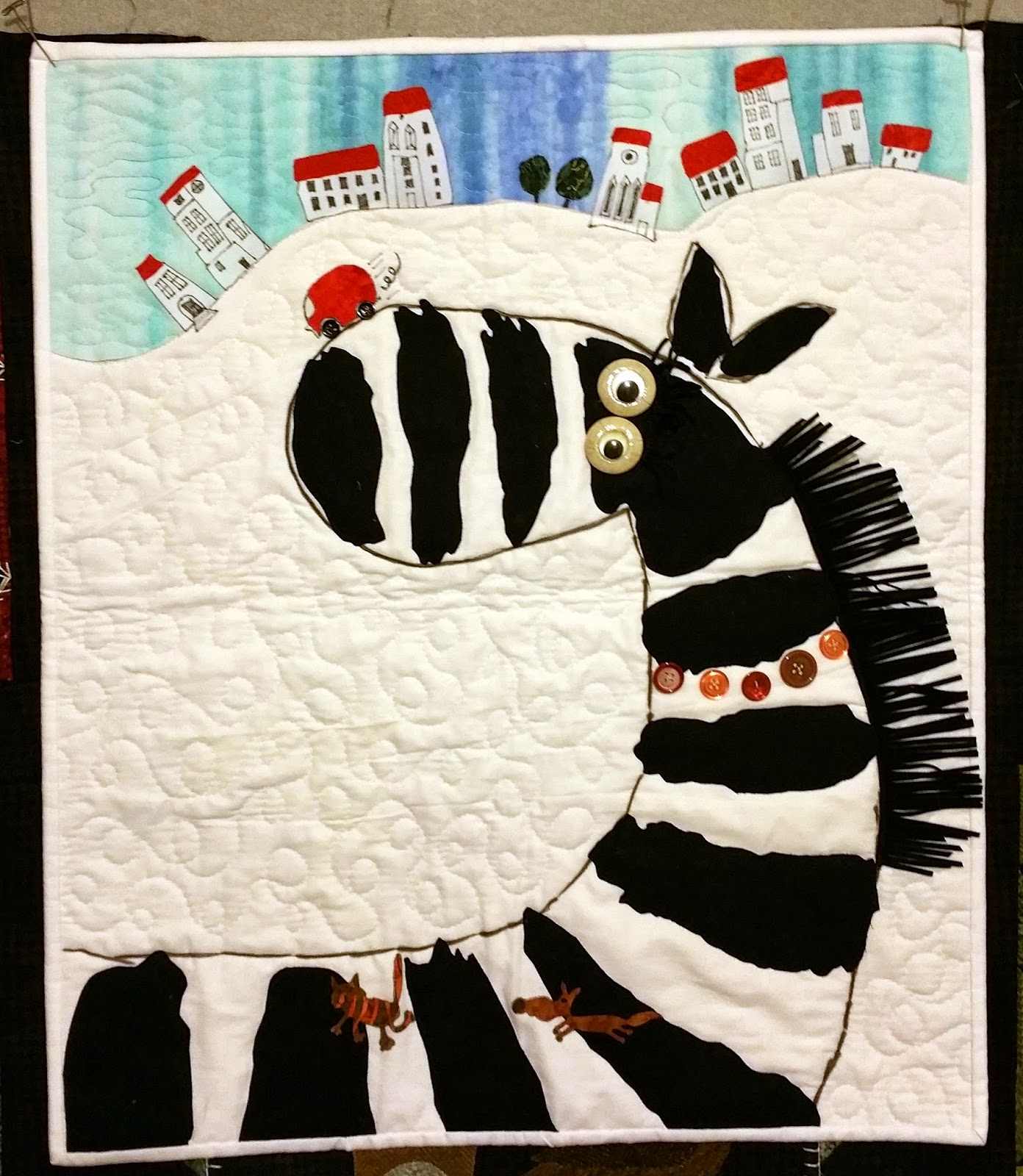 It is a challenge quilt - my guild is holding a challenge to make a quilt with a funny animal or an animal in a funny situation... This was my attempt to meet the challenge.  The 'reveal' comes next month at our meeting.  I hope it goes over well.

I also worked on my Bertie's Year quilt.  It has sashing, but no borders... which I'm debating the width and design of. 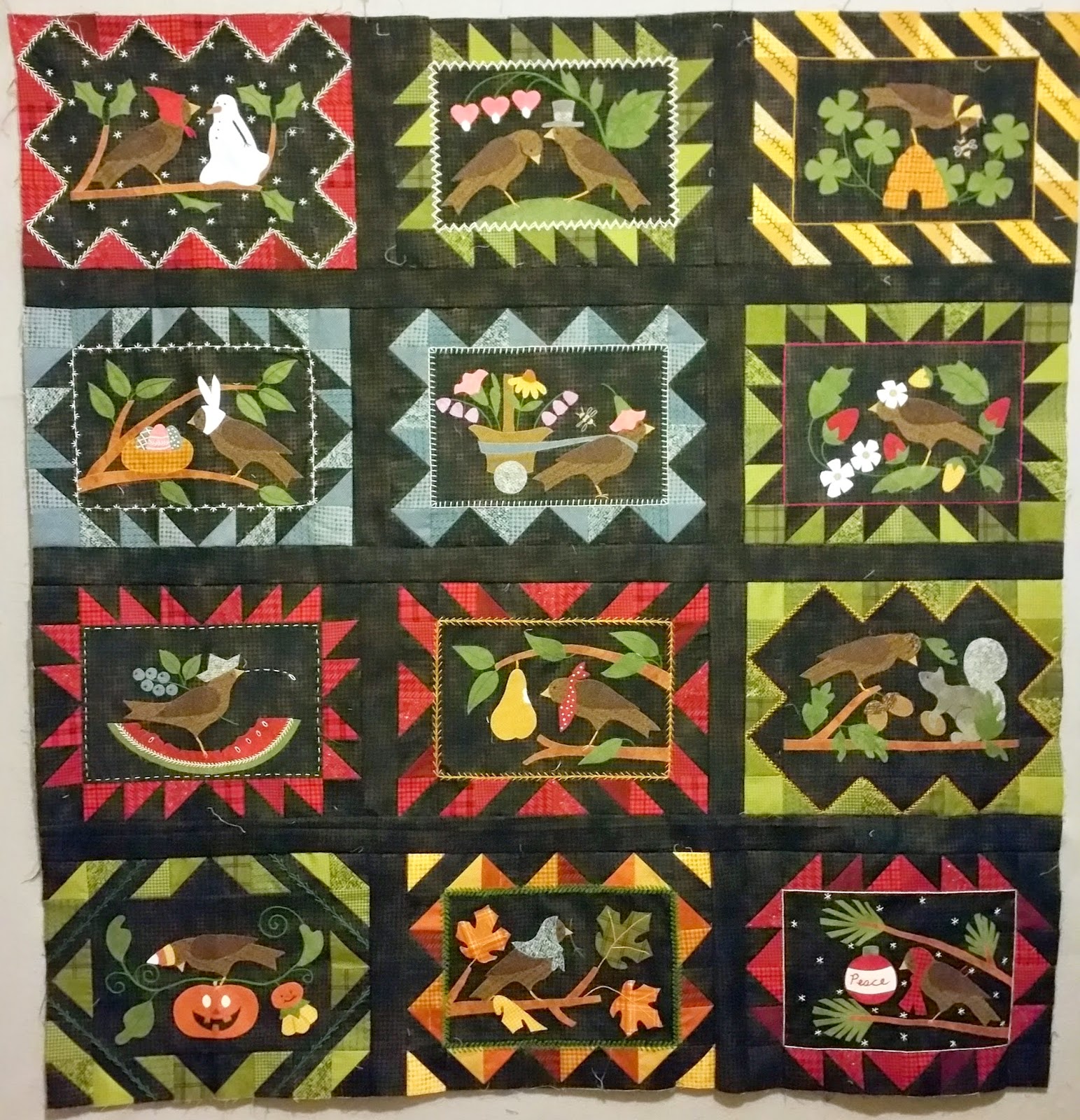 Yes, a new year has  begun, which means an end to the old year.  I have been finishing up some year long projects: a Saturday Sampler and a couple of BoMs.  The BoMs are still 'in progress' - one is pinned and ready to quilt, the other is just pieced and appliqued, still needs a back and batting: 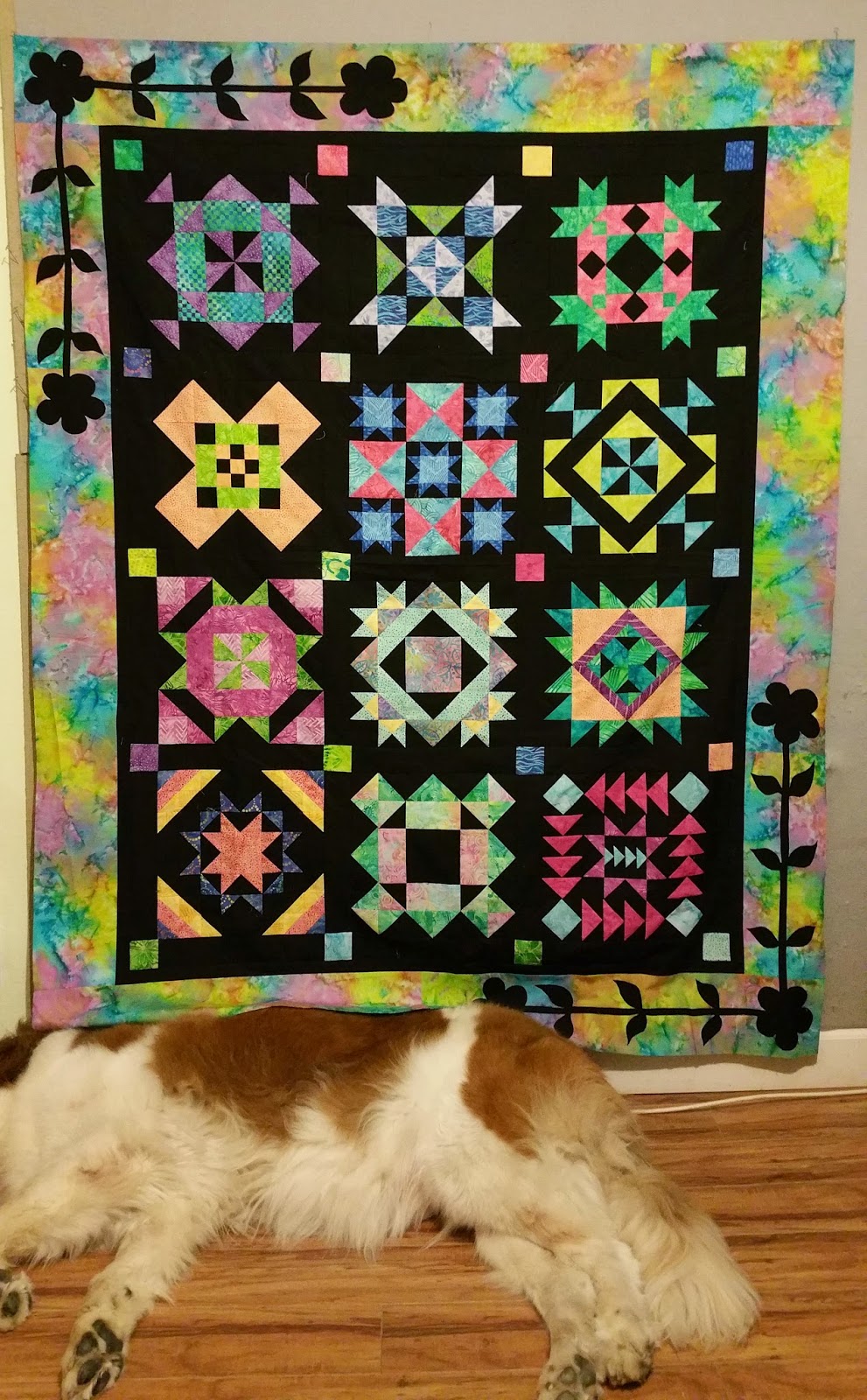 I added the borders and they threatened to swallow the whole quilt.... not what I was expecting... Rather than chop off some of the width of border in the HOPES that it would alleviate the problem, I added some applique of my own design.

The dog of course is our dear Maggie, who wouldn't move despite my attempts to get her up and out of the picture.  She wouldn't be budged.

The BoM is called Bertie's Winter and looks like this: 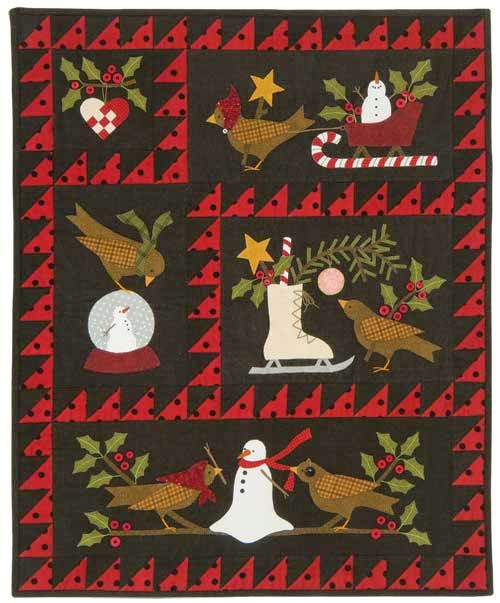 It was lots of fun to make and I can't wait to finish quilting it.

I also worked on another BoM called Bertie's Year (same cute bird as in Bertie's Winter, but it was a year long project).  I am still finishing up the November and December blocks of that one, and no pic to share yet.

I have another Saturday Sampler in progress (that one ran February thru January, so it's not done yet).

Looking forward to another year of BoM's, Saturday Samplers and just projects to do of all sorts.  I'll even be doing a round robin with my mini-group.   A fun year to look forward to!